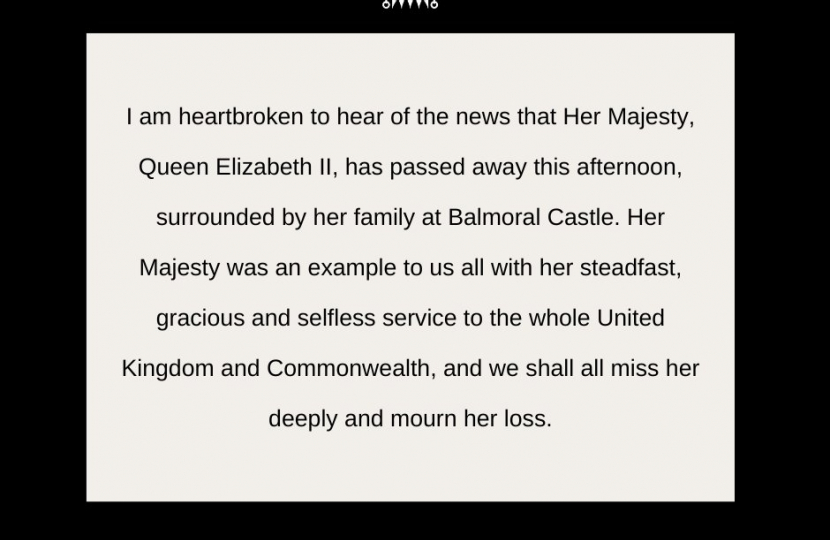 We know you will share our deepest sorrow at learning of the death of her Majesty Queen Elizabeth II of the United Kingdom of Great Britain and Northern Ireland earlier today. We send our condolences and prayers to the Royal Family and all their friends and extended family.

Although we grieve as a nation for the loss of our much-loved Monarch. We will reflect on her reign and ask that you join us in thanks for her life of dedication and duty to the United Kingdom, the Commonwealth, and its people for more than 70 years.

Queen Elizabeth II has helped guide our country through both times of trouble and triumph. Being our nation's anchor, offering stability and continuity even through our most difficult times, including most recently during the pandemic.

It is with great sadness that we must say farewell to one of the greatest monarchs the world has ever known. However, we now wish her son and heir His Majesty King Charles III, all the best as he now ascends the throne becoming King of Great Britain and Northern Ireland.

God Save the King!